James Lafferty caught the “running bug” as a 9-year-old watching the 1972 Olympic Games of Munich, Germany. He was enamoured with US 800 Meter runner Dave Wottle, who famously ran from behind and wore his trademark “Golf cap” during races. Wottle’s Olympic final race in 1972 is considered one of the greatest races in the history of track and field.

The 1972 Olympics commenced a quest for James to in some way participate in the majesty of the Olympic Games. Whilst an avid runner, James recognized early on he possessed only modest abilities, and his achievements were primarily driven by his work ethic rather than natural talent.

James began formally coaching in 1980 and several of his young athletes went on to brilliant careers at US National Team levels, including Clinton Davis in sprints and hurdles; and Calvin Bostic in 400 Hurdles and 1992 Olympic Trials.

Clinton Davis as a youth ran 1-2 with US sprinter Michael Johnson in the US Junior Nationals in some epic duels in the early 1980’s. During James’ time working with TAC (The Athletics Congress) he also had the opportunity to work with Lavonna Martin, who at the time was Ohio State Champion; and later went on to win Olympic Silver Medal in the 100 Meter hurdles in Barcelona 1992 Games.

Once James moved overseas in 1990, he had more exposure to Olympic coaching within various national teams. One of his most notable accomplishments was in Nigeria, where he developed the leading women’s marathoners in the country, led by banker-turned-runner Esther Obiekwe, who was nominated to run the marathon in the 2012 London Olympics. 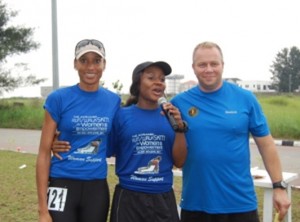 Here is a picture of Uche (far left) Esther Obiekwe (race organizer and dear friend) and James. Just after she ran. 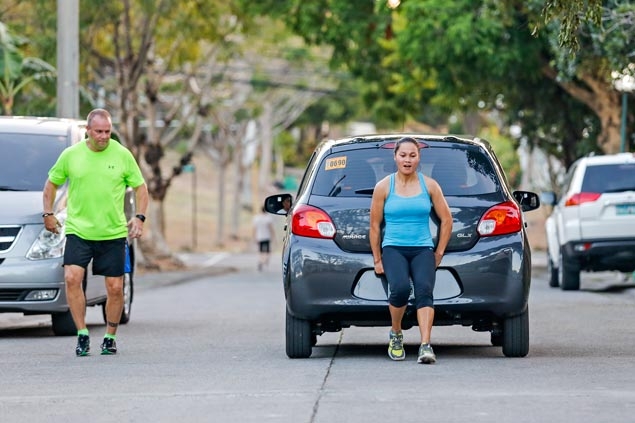 James pride and joy of his Olympic experiences would be Marestella Torres, the Philippines Long Jump champion and “Queen of Asia” in the event. Marestella and James worked briefly together prior to her jumping at the 2012 London Olympics, which was her second Olympic Games (After Beijing 2008). In 2013, after Marestella became pregnant with her first child, she was forced off the national team and stopped competing. At the age of 33, she knew she was nearing the end of her career, and with no income and training support, her options were limited.

After delivering her baby in early 2014, James and his wife Carol, a certified Yoga instructor, dedicated themselves to working with Marestella and began an intensive and scientific approach to her training and diet, with the goal of trying to do the impossible and qualify for the 2016 Rio Olympics.

James and Carol initially supported Marestella 100% financially until she was able to come back and re-earn a position on the national team. After months of intensive, 7 days-per-week training, Marestella re-emerged fitter than ever in her career and began competing. She won numerous competitions in Asia and won Bronze at the 2015 Southeast Asian Games in Singapore. In early 2016, at the age of 35 years old, Marestella jumped a new national record and SEA record in Almaty, Kazakhstan and qualified for her third Olympic Games. She went to Rio as the oldest competitor and only mother in her event! 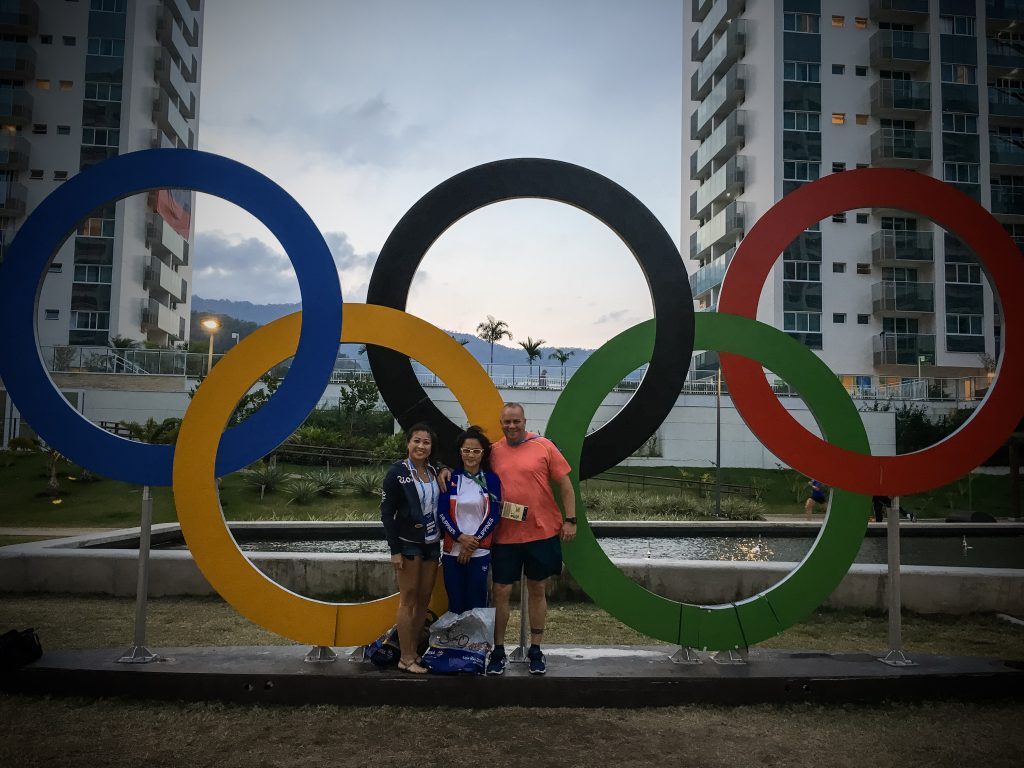 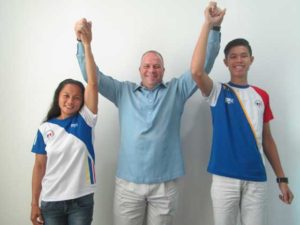 James continues to work with Marestella as she plans to compete in the 2019 SEA Games, and also works closely with Pole Vaulter EJ Obiena, a top 30 ranked vaulter in the world. James led the rehabilitation efforts of EJ after his unfortunate tear to his ACL. EJ is now back at 100% and avidly preparing for the 2019 outdoor season in hopes of participating in the 2020 Tokyo Olympics.