James (Jim) Michael Lafferty is much more than a successful businessman and CEO. He has a richly diverse life, a key part which is “giving back” through athletic coaching. 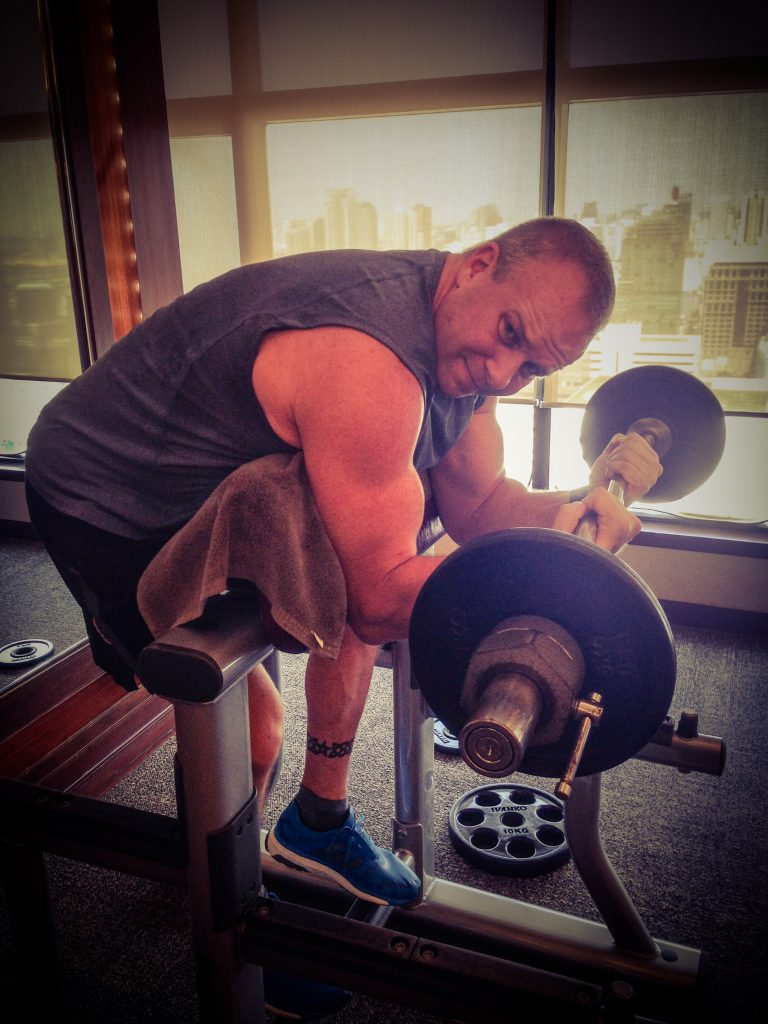 Many of his successful approaches he has applied to organizations comes from a strong foundation in youth athletics coaching, going back to teaching inner-city kids in Cincinnati Ohio in the early 1980s. Sports can be a great teaching tool for all walks of life, including the business world.

Everything I ever needed to learn about motivating people I learned from coaching at Forest Park Middle School in the early 80s, when my challenge was to get young 13 and 14 year olds to buy into my program; versus the options they had on the streets for drugs and easy money. I have subsequently applied these principles of envisioning and motivation through discipline in my organizations with great success.

Jim has a rich and lengthy history within the athletics/track and field realm, coaching numerous Olympic Athletes and medalists across multiple national teams.

Jim Lafferty has been an active runner and coach for a total of 40 years. A 400 meter runner and high jumper at St. Xavier High School in Cincinnati, Ohio, he “doubled up” starting at 17 years old when he became also the head Track and Field Coach of St. Vivian’s, his former grade school, in 1980.

During College at University of Cincinnati, he competed in distances from 400 meters to 5000 meters, and was named Head Coach Track and Field at Forest Park Middle School in Cincinnati. During this time he developed a program that was city champions for 4 consecutive years, and placed multiple team members onto the US Junior National Team, including national medalists in the 100, 200, 110 hurdles races.

Jim went on to be a founder of the YMCA Striders Track and Cross Country team alongside World Champion Ultra Marathoner Scott Miller, and was named to the TAC (The Athletics Congress) Regional committee as head of sprints and hurdles. It was during this time that Jim ran his first marathon, The Columbus Marathon, in 1982, with a longest run of 14 KMs and under a “dare” from another runner!

After graduating with a degree in psychology/physiology, Jim continued post-college to be involved in athletics, running marathons with his family and coaching and organizing races. He has race directed or been on the organizing committees of some of the world’s premier marathons, including Florence Italy Marathon, Cincinnati Marathon, Warsaw Poland Marathon, and Geneva Switzerland Marathon.

A History of Running 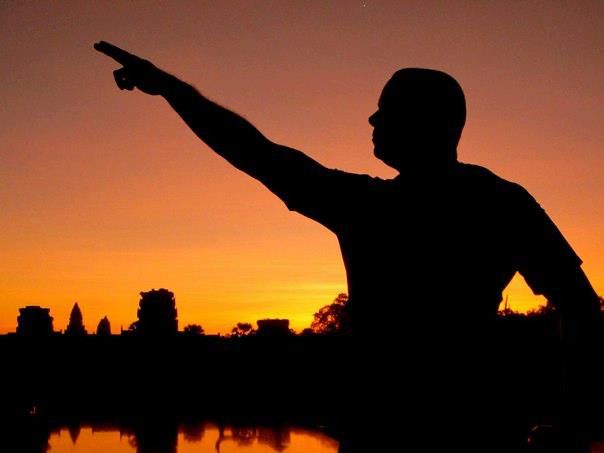 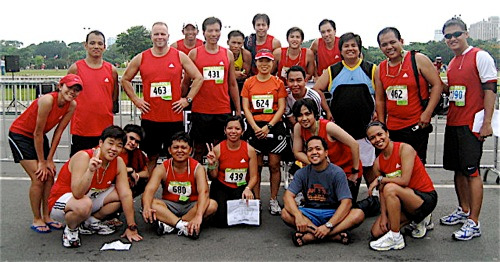 James with his P&G Philippines running team, after a successful race

Upon entry into the marketing and branding world, Jim’s passion for running never waned.
During his career with Procter and Gamble, he organized and trained the corporate marathon teams that led to over 3000 P&G employees running their first marathon, and was profiled in the publications, “Marathon and Beyond” and The Tribune de Geneve.

He eventually led over 150 employees in Philippines to finish their first marathon!

Jim later joined Coca Cola in Nigeria and became a key organizer of athletics in Nigeria. He organized the first ever women’s empowerment races in West Africa; and formed Nigeria’s largest running club, the Ikoyi Eva Water Team. Jim is the Founder of Athletics Connection Nigeria which focuses on obtaining athletic scholarships and educational opportunities for gifted Nigerian runners in the USA.

Jim continues to coach elite runners and was the national Marathon team coach for Nigeria in London Olympics, as well as coaching top ranked Athletes for the Philippines national team in the Rio Olympics. But his real joy is coaching first-timers to finishing their first marathons. His favorite race is The Bull Runner Dream Marathon, which he co-founded, held annually in the Philippines, which caters solely to beginner marathoners. 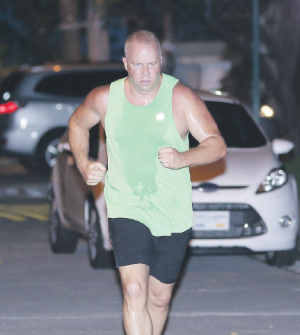 James finishing a 12 KM race in Lagos, Nigeria where he helped organize “Run with the Mayor” in the village of Oshodi, Nigeria, to help give street kids a positive outlet for their energy 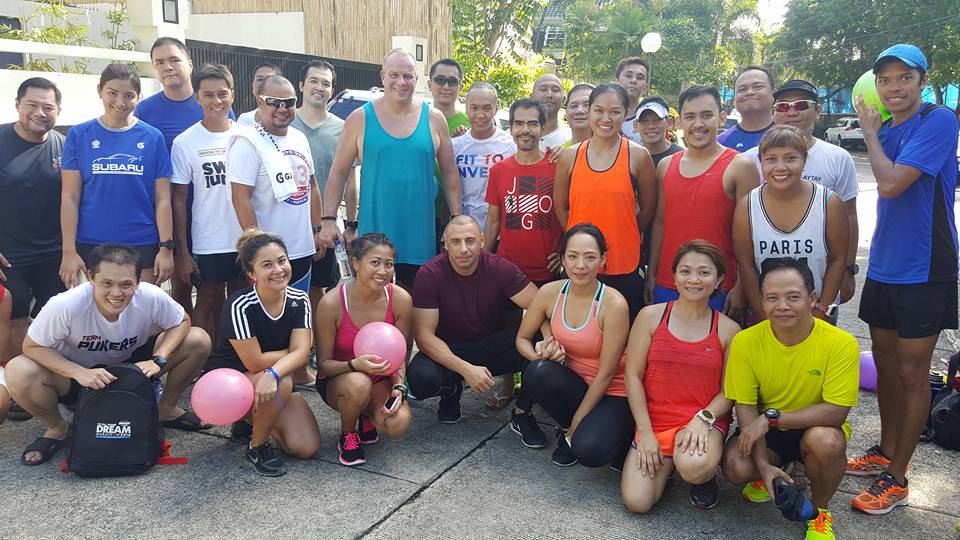 Coach Jim and his “Pukers” after a surprise birthday run, celebrating his 53rd birthday

Jim organized the “Pukers” which is a weekly speedwork session, and now one of the largest running groups in Philippines with over 350 members, and has won several national team races across distances of 5 KMs, 10 KMs and Half-marathon.

Jim, his wife Carol, and his 5 children are all avid runners, with the family having run over 50 full marathons, and still going strong!